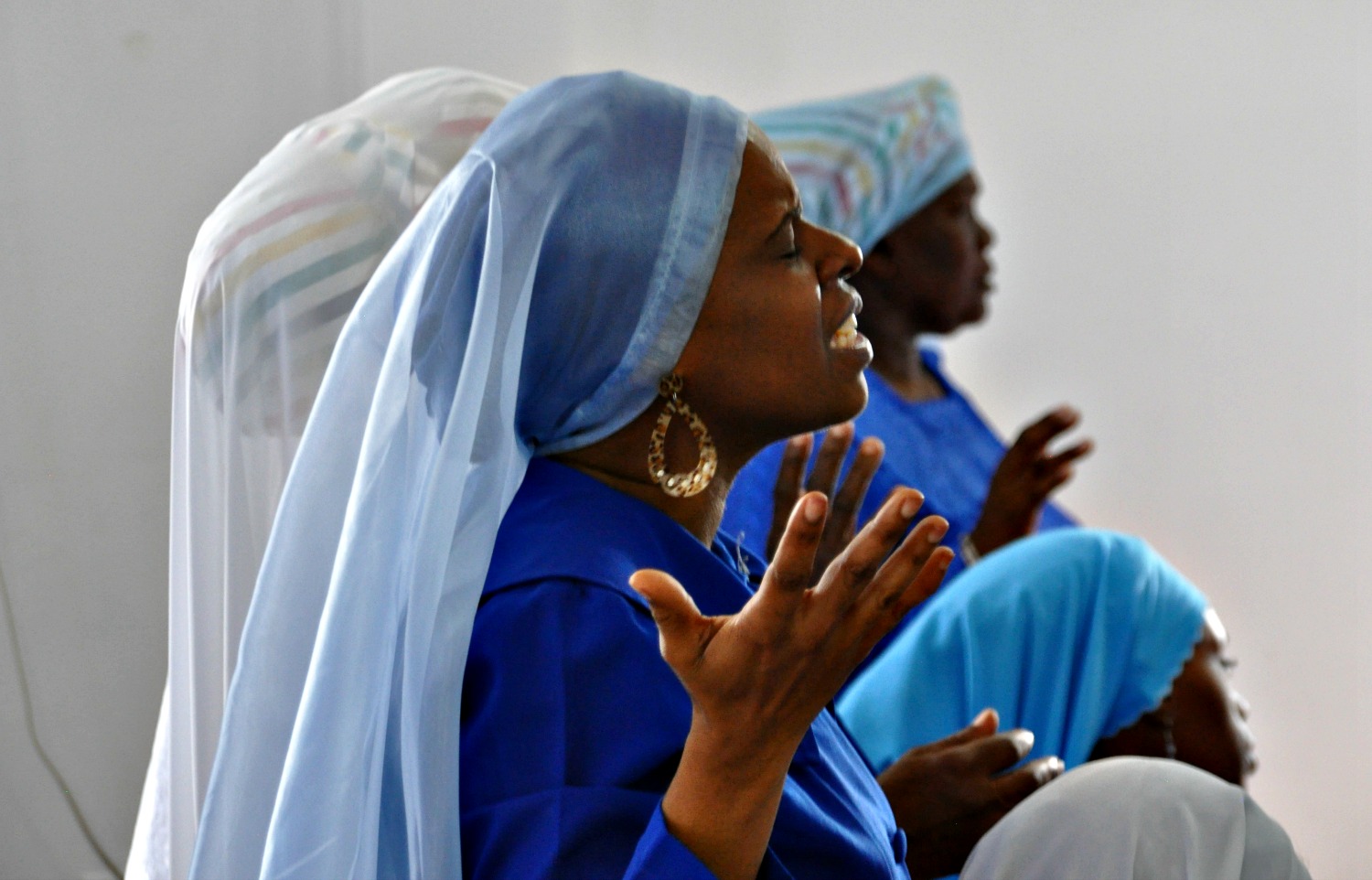 There are myriad ways to experience a destination’s culture–through its people, its food, its music, its customs, to name just a few. There are also different ways to be an armchair traveler. Often when planning a trip, we want to leisurely read an in-depth and highly personal interview or a well-researched and reported story. Sometimes, we want impressions that engage us in a different way. For a breezy look at the scenery, faces, festivals, and landscapes of an assortment of locales, check out these videos set to music.

Certain places are imbued with palpable power that we can physically feel. That power can arise from a spectacular natural landscape. That power can also radiate from golden ancient architecture, a legacy of myriad men who, over several centuries, set hundreds of thousands of hand-made bricks into place, one by one. San Gimignano in Tuscany has this power.

The power of a place draws people to it–crusaders, pilgrims, merchants, tradesmen, and artisans. In Medieval times, San Gimignano was on the Via Francigena, an important pilgrimage route. Perhaps in a bit of destiny, one of those pilgrims brought with them something that would enhance San Gimignano’s power of place for centuries to come: saffron.

Cledy Tancredi is someone who destiny brought to San Gimignano, where she developed a powerful connection with its saffron, and its history.

Here’s the story behind America’s most-painted building, a red shack located at the end of Bradley Wharf in Rockport, Massachusetts. Originally built in the mid-1800s to store fishing gear, by 1900, the building became a frequent subject of the painters who had begun spending their summers in Rockport. Thanks to artist Lester Hornby, in the 1930s the humble shack acquired the rather imposing name its still known by today: Motif Number 1.  Over time, a belief has developed that Hornby’s use of the word motif means cliche and over-done. In getting the perspective of some Rockport locals on Motif Number 1, it’s clear the iconic site has meaning that is far from trite. In fact, Motif Number 1 offers some timeless truths about what it means to be a part of a community.

Best Cultural Destinations asked 75 people around the world to share a photo and one word they felt best describes the concept of culture. The result is this four-minute montage, which reveals that while the phenomenon of culture is universal, its meaning is personal. The collective definition is powerful, inspiring…and by no means complete!

The BCD “People are Culture” video deconstructs the definition of the word “culture,” in the spirit of BCD’s philosophy of celebrating our unique differences as well as our shared human condition. If this philosophy resonates with you, we invite you to pay it forward and share the video on social media!

Culture is how We connect

Best Cultural Destination’s video “Culture is How We Connect” is a 3-minute montage of faces from all over the world, set to inspiring music. The video is also an expression of BCD’s philosophy on life and travel–both are best enjoyed and fully appreciated by celebrating our unique differences and shared human condition. Connection is why we are here. If this philosophy resonates with you, we invite you to pay it forward and share the video on social media!

The island of #Korcula, which lies just off the Dalmatian coast of #Croatia in the Adriatic Sea, is home to the #Moreška sword dance. In the 16th century, Moreska arrived in Korcula from Italy and neighboring Dubrovnik, and was embraced as the island’s own. Through the centuries, performances of the dance disappeared from the Mediterranean and today it is only found in Korcula, where it is has been performed for over 400 years.

Moreska tells the story of the battle between the forces of the White King (actually dressed in red) and the Black King over Princess Bula, the Red King’s fiancée who has been captured by Black army.

Enjoy this video, and its overview of Korcula island, footage of the dramatic and highly physical dance, and meet the actors/dancers who portray Bula, and the Red & Black Kings! #BestCulturalDestinations #PeopleAreCulture

Best Cultural Destination’s “Cultural Connections” video series shares imagery, impressions & interviews that offer a glimpse of a particular cultural landscape. Pico is part of the Azorean archipelago of ancient volcanic islands, located in the Atlantic ocean, roughly halfway between Europe and North America.  On Pico, you feel the rich, fertile, potent power of the black earth. But the awe-inspiring forces that made all that black lava rock are unpredictable, and so on Pico, most people seek a connection with a comforting, protective divinity…and with each other. That connection is evidenced in the Bom Jesus festival, held in the village of Sao Mateaus each August 6, and at the Santo Amaro Craft School, founded by twin sisters Alzira and Conceição Neves in 1986.

A tribute to the warm hospitality, smiling faces, and friendly spirit of the people of Montecatini, Pistoia, San Gimignano, Tufa Land & Volterra in Italy’s beautiful Tuscany!

Croatia is located at a crossroads between Central Europe, Southeast Europe, and the Mediterranean, and as result, has rich cultural heritage reflecting its many influences. The earliest use of the name “Croats” suggests Iranian or Indo-European roots. Dating back to the beginning of known history, what is today the Republic of Croatia saw streams of trade, invasions, and migrations that brought Greeks, Romans, Hungarians, Austrians, Venetians and Turks. In 1918, Croatians joined with neighbors Serbia and Slovenia to become the forerunner of Yugoslavia. With the collapse of that state in 1991, Croatia declared itself an independent nation, and a brutal four-year war with Serbia ensued. Today, this peaceful and gorgeous country preserves and celebrates best of its diverse cultural heritage with colorful and richly symbolic traditions in textiles, dance, music, architecture and other realms.

BCD profiles people around the world who are bringing culture to life. The simplest definition of “culture” might be a way of life. And possibly the biggest single influence on humanity’s assorted ways of life is our Mother Earth. This is BCD’s homage to the landscapes and sea coasts that inspire, feed and cloth us.

Danza de los Voladores or Dance of the Flyers, is an ancient Mesoamerican ritual still performed today.  According to one myth, the ritual was created to ask the gods to end a severe drought. This group is from Papantla in Veracruz, which is considered the epicenter of this ancient art form. Danza de los Voladores was named an item of Intangible Cultural Heritage by UNESCO in 2009.

People are the soul of a culture–meet some of the residents of Slovenia, a small country but an important crossroad located at the heart of Europe. Set to a traditional Slovenian folk tune, this montage depicts people fromacross the nation state–the markets and cafes of capital Ljubljana, to an Easter basket blessing ceremony at Tustanj Castle, to the Lipica Stud Farm–home to the amazing Lipizzaner Stallions, to the ancient Venetian town of Piran on the Adriatic, and the alpine hinterlands of the Soca Valley, among other locales.

Faces of Colombia is a slide show of the many faces of the people of Colombia, South America, set to indigenous cumbia music.  Enjoy images of the diverse population of Bogota, Cartagena, La Boquilla, Santa Marta, and Tayrona Parque.  Meet Luis Guillermo, Paula, Magdalena, Iliana, Rony, Manrique, Harold, Lucy and many of the other beautiful Colombians who welcomed us to their diverse and magical country!

“Faces of Chiapas” is a slide show set to music that features the people of Mexico’s Central Highlands, home to one of Mexico’s largest indigenous populations. Meet some of the residents of San Cristobal, Amatenango del Valle, Chiapa de Corzo, San Juan Chamula, and Zinacantan!

“Faces of Trinidad” is a slide show featuring the people of the twin islands of Trinidad and Tobago in the southern Caribbean. While almost a quarter of Trinidad’s population is Hindu and I visited on the occasion of Trinidad’s celebration of the Hindu festival of Divali, the island is home to diverse spiritual communities — a vibrant faith is practiced by Catholics, Shouter Baptists, Amerindians, and Muslims. Meet Trinis from the capital of Port of Spain to tiny Rambert Village!

“Faces of Estonia” is a slide show tribute to the irrepressible spirit of the Estonian people, set to the inspiring choral music for which the country is known. Estonians broke free of Soviet repression peacefully in 1991 with their “Singing Revolution.” Meet the Estonians I had the pleasure to encounter across the small country, from the capital of Tallinn to the islands of Muhu and Saaremaa, to the cities of Parnu and Tartu, to the Seto villages along the border with Russia!

Slide show and music of the Seto women’s choir of Varska Estonia singing a traditional leelo song. Leelo singing has been designated by UNESCO as an item of intangible cultural heritage.

I love taking in the street art of the cities I travel to–the generosity, truth and talent of the unknown artists who give away their imagery and social message for all passers-by. The photos in this video depict street art in Amsterdam, Barcelona, Bergen, Bogota, Curacao, Ljubjana, Prague, Sardinia, and Tallinn. Enjoy!

Visions of the Scottish Highlands

“Visions of the Scottish Highlands” is a montage of photos of this enchanting and inspiring land, accompanied by a contemporary tune on the Scottish bagpipes. Sparsely populated, the region is home to various geographical landscapes from dramatic coastlines to majestic mountains to cascading valleys to grassy meadows. Myriad cultural traditions have arisen here that reflect a connectivity with this wild and spirited place–enjoy these vistas from Inverness to Durness, Glenfinnan to Loch Lomond, and Skye to Ullapool.

On the Caribbean island of Curacao the indigenous music is known as Tumba. Of African origin, the music has evolved since it was introduced on the island in the 17th century and today reflects Latin and Jazz influences. I was lucky enough to attend Curacao’s annual Tumba Festival, where scores of musicians compete for the title of Tumba King. Enjoy some of the high energy exuberance and smiling faces I experienced!

While visiting the Merida Music Museum in the Yucatan, we chanced upon a rehearsal of young musicians who were preparing for an upcoming concert, and being directed by Maestro José Luis Chan Sabido, Director General y Artístico de la Vienna Music & Art Academy-Yucatán. I think you’ll agree this melody is very catchy! Enjoy!

MY LATEST BOOK IS OUT!!

My Latest Book is out!!

Scroll back to top